The data layer is a variable used by Google Tag Manager (GTM) to pass values from the page data (HTML side) to tags.

From Google’s official guide, there are 2 ways of passing values to this data layer variable: 「using = assignment」or 「calling a .push() method」and it seems, in order to pass proper value each method to be used at an appropriate timing. This has created some confusion during implementation, therefore we discuss a method that can be used at any time.

What is a data layer variable?

The data layer is one of the Variable types in GTM. It is a recommended way by GTM, and if the page data is output in prescribed format, the value can be automatically used without complex settings in measurement tags such as Google Analytics e-commerce measurement tags.

By creating the data layer variable, you make a reference to the specified item in the JS variable called dataLayer.

If the data you want to use in a certain tag or trigger cannot be registered as a variable, you will need to modify the web page code to pass the data to GTM in some way. However, URLs (referenced by the “URL” variable) cannot be modified so easily, and elements in the body (for ex. div tags, span tags, and other specific HTML parts referenced by the “DOM element” variable) are for display to the user, therefore it is advisable to be careful when modifying the web page code just to pass data to the Google Tag Manager.

In such cases, it is advisable to use data layer variables, which have no particular effect to the user on the screen display.

As you can see, there are two different formats for passing values.
The difference being, the timing at which each method can operate.

A JS error will occur if you try to use the dataLayer variable with the .push() method prior to defining it.

After having already defined it, on second and subsequent use dataLayer variable already exists with the data defined during assignment at the first occurrence.

However if you use = assignment expression on second and subsequent use , it will erase and overwrite all the data that had been stored so far, and GTM will behave unexpectedly.

The format depends on where it is written on the page.

To avoid all this confusion and errors, we propose a universal format that can be used without any problems, irrespective of the first time use or second time and subsequent use of dataLayer.

A universal method to use「.push()」in any case ← main focus of this article

The following method is an order agnostic format of using dataLayer JS variables . Key point is is the Line 2 (highlighted).

The utility of a dataLayer variable increases with the increased usage of e-commerce measurement tags, or advertising tags on the page. If the person adding dataLayer description is aware of the specification of the format, it is okay. However, if the actual code implementation is done by another developer, a common problem that occurs is that the formatting is inappropriate and the page will not operate properly by throwing errors.

In order to avoid such a problem during site operation, the above mentioned unified format of dataLayer is recommended.

Bonus: How to「.push()」 from child iframe to the dataLayer of the parent frame

This use case doesn’t appear often, but if you encounter it you can use this format. 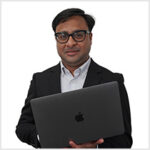 Vibhor is from India, and graduated with a degree in Computer Science Engineering. He moved to Japan in 2022, after extended periods of work in Europe and New Zealand. He enjoys data engineering, especially the Google technology stack (GMP and GCP). His hobbies include running, maintaining a healthy lifestyle, and enjoying Japanese cuisine.