Our People = Our Strength

The Ayudante team is full of heavy hitters. We are home to some of the most-capable people in the digital marketing & analytics industry in Japan. 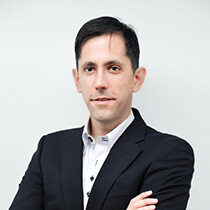 How do you feel about your work at Ayudante?

Creating added value is of the highest importance to me. Building upon established concepts and ideas is great, but adding something new and seeing positive results is what gets me really excited.

What projects have you worked on recently?

This is not exactly recent, but as a good example, I came across an article in which various people referred to an analytics implementation I had managed at my previous job.

What sort of things do you want to do at work in the future?

I would simply like to continue to feel that I’m loving my work every day! :)

What sort of company is Ayudante?

After several years in the industry, I had noticed that Ayudante was one of the true leaders in the web analytics space in Japan. I had found myself asking ‘How many specialties does this company have, beyond web analytics?’, and was even more impressed after joining Ayudante. Every team at the company seems incredibly capable.

There are currently no matching posts available.