It’s official, Google announced it would be sunsetting its CRO tool, Google Optimize September 23 of this year. Now what?

Many people are asking themselves, is this the end of Google in the CRO space? In short, no. It is not the first time Google has revised its approach to conversion optimization and I suspect we will be hearing more on this later this year. So, now what?

A Brief History of Google in CRO Tools

Google first made its announcement to get into the conversion rate optimization space back in 2010 with Google Website Optimizer. There was a lot of talk at the time. Google entering into any space is exciting, and everyone was looking forward to try what was coined the Google Analytics but for testing.

It didn’t turn out to be the new GA for testing, but Google did everyone a favour by introducing a free entry level CRO tool.

Not only did more people embrace CRO, but by launching a free tool Google applied pressure on every CRO tool on the market to up their game and go beyond basic offerings – now to be covered by Google. To some extent, that is what happened. CRO tools started to up their game and many of the strong competitors at the time are still around.

Enter Google Optimize, launched in 2017. This was Google Website Optimizer reimagined – fit for entry level and, with the inclusion of Google Optimize 360, also fit for enterprise. Google Optimize has been a solid tool for many, but now we get ready to say goodbye to this pillar of the Google Marketing Platform suite of tools.

What To Do Now?

The key date to have in mind is September 30th, 2023. As of this writing (January), there is plenty of time to take necessary steps to transition out of Optimize.

Presumably, all teams using Optimize need to do two things: (1) organize what is happening and (2) look for an alternative testing tool. Here are some steps your team should start considering:

Anyone who has needed to change tools in the past knows this is the most time-consuming and less fun of the two options. This true especially for CRO tools that tend to become part of the webs ecosystem not only with current experiments, but also ended experiments that are redirecting or creating a personalized experience for a set of users. Nevertheless, things need to be done.

Ensure you have an updated CRO history playbook. Make sure you have some document or set of documents that include the test histories, key learnings and other data. This probably the type of thing that most people procrastinate on, so best to start on it right away.

Make Optimize redirections part of the regular site. There may be experiments, ended or ongoing, where the tools is set to redirect 100% of users from one page to another. It’s time to clean that up and ask developers to make that change permanent.

Make plans for current personalization experiences. Many teams will find Optimize is creating personalized experiences for one or many segment of users – i.e. coming from particular campaigns, meeting certain conditions, etc. All of these need to come down. I know, it’s painful, but take this as a chance to reset and validate past hypotheses. You might find some are no longer applicable, some may be better than before, some are now hurting – time to retest.

What’s Next? Is Optimize Being Replaced?

There are four likely options on how things can develop: a new, revamped tool is relaunched, Google retires from CRO things, Google develops testing functionality for GA4, Google makes it easier for third-party tools to integrate into GA4.

It is easy to draw parallels between Google making foundational changes to Google Analytics (GA4) and Optimize, but it is not the same. Communication so far is clear there is no next-generation Google Optimize coming, so let’s take a look at the other likely scenarios.

Scenario 1: Google Retires from CRO. As of January 23, 2023, no plans to replace Google Optimize have been announced, but I doubt Google will just step away from conversion rate optimization all together. They are already mentioning they will “investing in A/B testing in Google Analytics 4”. Granted, we can take Google announcements with a grain of salt, but one thing is for sure: testing is part of Google approach to the web, some solution needs to materialize.

Scenario 2: GA4 Introduces Testing Functionality. This is what they are hinting will happen. But a closer read on what they are saying, they mention “We therefore have decided to invest in solutions that will be more effective for our customers.” This suggests there will be more than one way to tackle the need for customers to develop A/B testing capabilities, which points more towards the last option.

(Most likely) Scenario 3: GA4 Leans on Integration With Third-Party Tools. GA is already doing this to some extent. The question is, is this strategy moving forward?

Considering Google has launched 3 versions of their CRO tool offering, and are sunsetting the latest one, I wouldn’t be surprised if short- to mid-term plans revolve more around 3rd party tools rather than a revamp of their own tool.

That said, it is not hard to imagine GA4 has been developed to adapt big CRO ideas at some point in the future. GA4 is built to accommodate machine learning in a variety of ways. It is not a far-fetched idea this functionality will be leveraged for CRO in one way or another.

Look for an Alternative To Google Optimize

Now for the fun part – go shopping! I mean, you have to, right?

There are a variety of great tools out there, and every team will have different preferences depending on volume, current tool stack, geography, etc.

No one who is happily using a tool for their business likes to hear that tool is being discontinued, but now that we now it’s happening, there is no other option but to act. And it will be best to act early to save hardship later on.

First, get your house in order. Doing so will make the transition easier and will also reveal some of the needs you are looking for in your new tool.

Second, go shopping! Surely all CRO tools that currently compete with Optimize will be planning deals to lure clients from Google Optimize. Take advantage of this and leverage your position early.

Lastly, review your approach to testing. Take this as an opportunity stand back and take a your testing program overall. 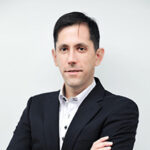